Blowing the dust off the vinyl

February 17, 2007
This afternoon my son convinced me to put together something upon which to play the huge pile of vinyl lurking at the back of the garage. This proved to be a bit trickier than I thought.

First, I took the old Ariston Q Deck record player out of a cupboard, only to find that its power supply was missing. Some more digging produced this ancient power adapter, which did the trick: 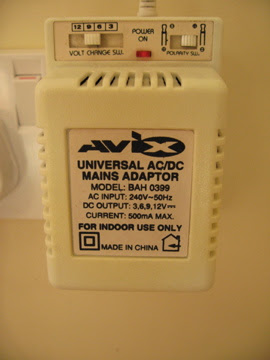 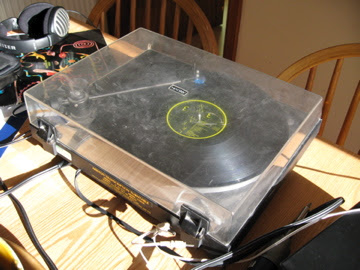 Next I needed to deal with the fact that the only amplifier in the house capable of taking input from a record deck was knackered! It only puts out sound to the left speaker. Upon further investigation, I discovered that the headphone socket was still working OK. So I realised that I could take the output from the headphone socket and put it into my travel speakers. 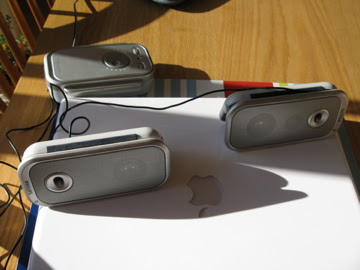 Except that the headphone socket is "big jack" and the cable from the speackers is "mini-jack"! More hunting around by my son came up with the right adaptor, and we were sorted! 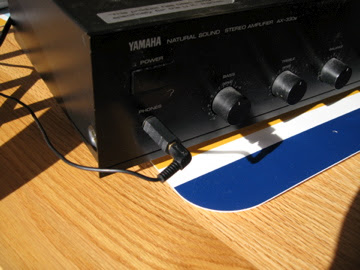 Highlights of the afternoon's listening included: